What do our Netflix, Slack, Uber and Dropbox accounts have in common? The cloud—a way to stream shows, send messages, reserve rides, share photos and more anytime from any internet-enabled device.

We often talk about the cloud like it’s a place, but it’s actually an operating model, not a destination. It’s how organizations deliver automated, programmable and on-demand access to IT infrastructure and resources at optimal speed with minimal friction.

And there’s more than one type of cloud model: public, private, hybrid and multi-cloud. This is where it can get confusing.

Some of the key differences between cloud models are like the different ways people stream digital movies and television shows. Some are “rented,” and some are owned. In some streaming platforms, users seamlessly switch between rentals and purchases. And as technologies make it easier to do so, more people are flipping between streaming apps to consume content in a variety of ways from a variety of providers. 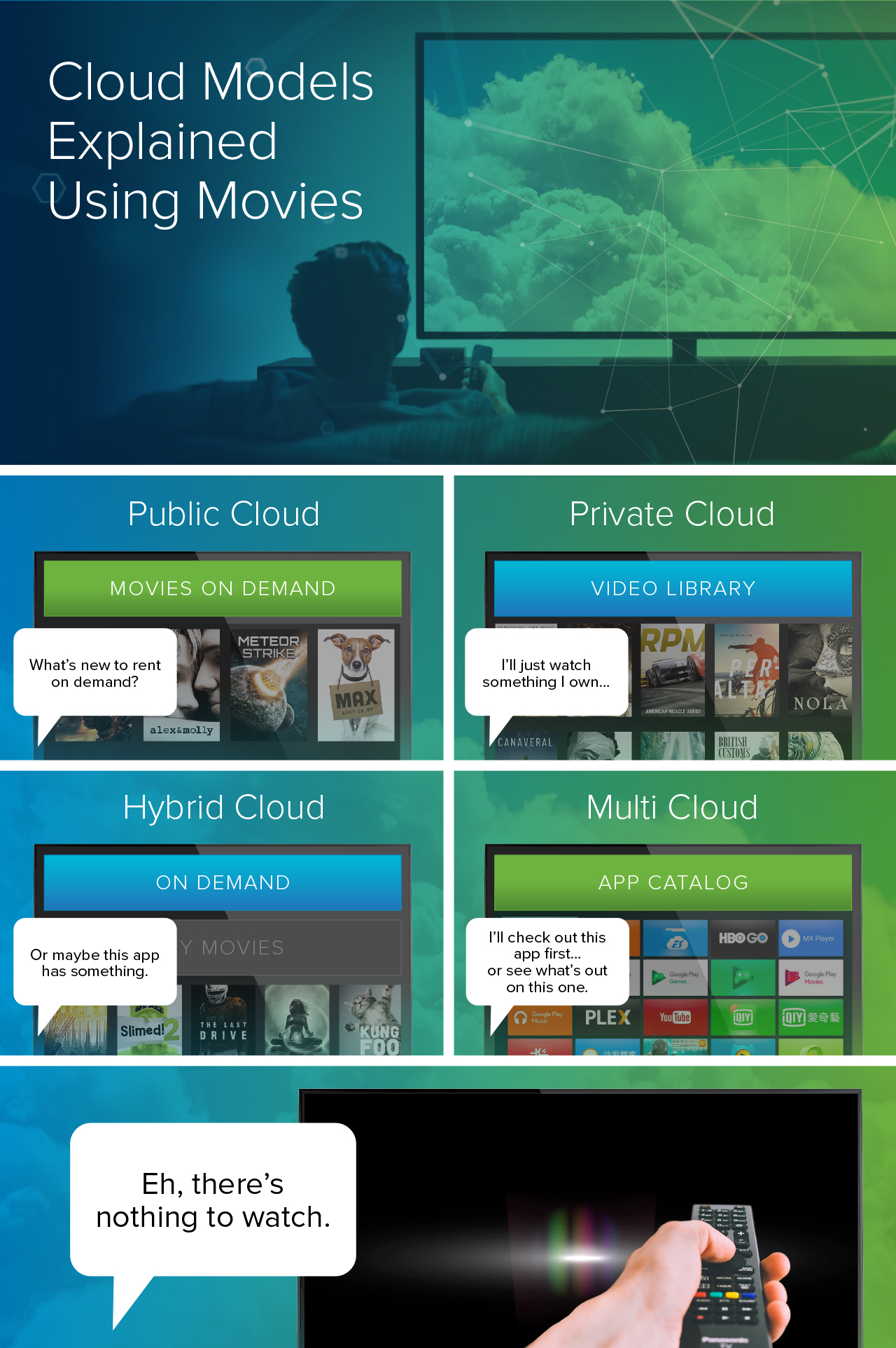 This analogy doesn’t explain every distinction, like pricing, security and operations, but it does sum up some of the key benefits and differences in consumption. Keep reading for fuller definitions of each cloud model. 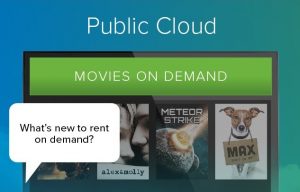 Think of public cloud like digital movies on demand or via subscription. Anyone can effortlessly consume what they need, when they need it, from a third-party provider.[/caption]

What Is Public Cloud?

Let’s start with the public cloud and how it all started. In this model, a third party (like Alibaba, Amazon, Google and Microsoft) builds and manages the infrastructure that makes cloud computing possible.

Companies that don’t want to be in the businesses of managing data centers can access these shared computing resources and infrastructure on demand, either via the public internet or sometimes via private connections created by the company. They can quickly adjust how much they need and pay as they go only for what they use.

With advancements in network functions virtualization, a public-cloud experience in the enterprise is now becoming a reality. 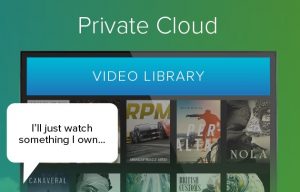 Private clouds are owned and operated by its users, kind of like digital movies that are purchased and downloaded.[/caption]

What Is Private Cloud?

On the other hand, the private cloud is where businesses operate their own infrastructure for cloud computing. People usually access these computing resources on demand over a private network connection set up by their company.

Unlike the public cloud, it’s not shared with other organizations (unless its owner chooses to share). Often businesses require a private cloud to tightly control, secure and run their resources and infrastructure.

However, because this is a cloud “model,” a private cloud infrastructure can still be shared. For example, a massive company with many different divisions could build and operate a private cloud themselves and provide each division with their own, separate set of cloud resources on the same shared infrastructure. 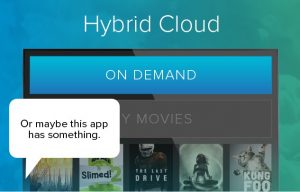 Hybrid cloud is, in a sense, like popular streaming apps Vudu and Prime Video. Users can access digital content they both rent and own in a consistent way from a single platform.[/caption]

What Is Hybrid Cloud?

In a hybrid cloud model, organizations use a combination of public and private cloud resources. The value in hybrid cloud comes from consistent underlying infrastructure and consistent operations.

Companies spend billions on building their IT infrastructure, tools, talent and apps over many years (often decades). Public cloud, in many cases, means not just adopting a new model, but also refactoring applications and retraining staff. The consistency of hybrid cloud means they can keep using these investments and take advantage of the automated, programmable, on-demand public cloud model.

5 IT Leaders on Why They Went Hybrid Cloud 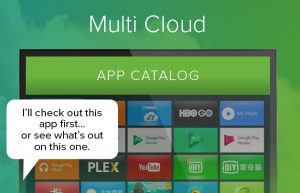 Multi-cloud computing is similar to the way consumers increasingly rent, buy and watch digital TV and movies across a variety of streaming apps simply by flipping through a catalog of “channels.” It’s the flexibility to consume the best streaming services from multiple providers.[/caption]

What Is Multi-Cloud Computing?

Multi-Cloud = Any Combination of Native Public Clouds and Private Clouds

Some companies can’t use a single public cloud. Their developers may like Google Cloud, while IT operates in Azure both on-premise and in the cloud. Meanwhile, a startup they just acquired runs their killer app in Amazon Web Services (AWS).

This is the multi-cloud model. It’s the ultimate in flexibility to choose the cloud that best fits the application or business need. It’s no wonder organizations overwhelming go the multi-cloud route, often with the inclusion of hybrid cloud.

Meanwhile, other technology providers offer, in a sense, a universal remote to run, manage, connect and protect any app on any cloud. These connective products and services enable companies to embrace multi-cloud computing—any cloud, any way, anywhere—with consistent infrastructure and consistent operations.

The Kubernetes Journey at Verizon

Regardless of where the app goes, it’s effortless for developers to write and deploy code and for operators to run containers.