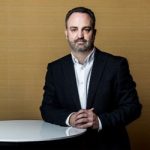 All over the world, digital is becoming the fuel of success for business, commerce, governments, and economies. Our lives—work and personal—have transformed. From routine medical appointments, to how we have collaborated with colleagues and interacted with friends and family, how our children have been educated, to how we have shopped and entertained ourselves with restaurant takeaways and Netflix – all have been dependent on connectivity and applications to a degree not witnessed before.

In short, we’ve taken a giant leap closer to a digital-first, app-driven future. The ability for people—be it consumers or employees—to be able to access any app, securely, on any device they might want to use.

This rate of change isn’t going to slow down. People and, by extension, businesses realized what’s possible. Those who think they can take their foot off the pedal and don’t need to enable remote working or contactless interactions will quickly become irrelevant.

And it is cloud—be that private, public, hybrid, edge, or even a combination of all in a multi-cloud world—that will help continue and accelerate this trajectory, driving the success and speed of app development and distribution.

Yet despite all the evident benefits of cloud, only a third of EU businesses are in it. Similarly, in South Africa, only 22% of businesses use cloud services. Meanwhile, according to Gartner, “the MENA region is not expected to reach the level of cloud usage that the United States had in 2017 until the end of 2022”.

What’s holding them back? There are a variety of reasons, such as:

At the same time, cloud adoption is expected to grow significantly. According to Gartner, “worldwide end-user spending on public cloud services alone is forecast to grow 18.4% in 2021 to total $304.9 billion, up from $257.5 billion in 2020”. So, cloud, and through it, an app-first world, is coming whether businesses embrace it or not.

The message is clear. Businesses that don’t want to be left behind need to overcome their fears and address their concerns. The question is: How?

Data: The Value and the Challenge

First, it’s worth going back to the raw fuel underpinning everything: data. We’ve all heard about how we’re generating more and more data every day, and how volumes of information are growing exponentially.

What’s more, the technologies that are helping to make sense of the volumes of data we all produce (big data, machine learning, AI) all need to be able to do their work at scale.

Cloud is a critical part of extracting the value of data. It provides the scale needed to turn data into intelligence and insight. But more than that, on a basic level, decisions around the type of clouds companies use are inextricably linked to the types of data they own or use.

Apps and Cloud: Build and Deploy

And what’s turning that data into something tangible? Apps: the DNA of an organization’s competitive advantage. These apps need to be available at the right time, in the right place, and on the right devices—fully secure and completely accessible. That means deploying them on clouds that provide the appropriate environment for apps’ needs, while still retaining the ability to move apps around as requirements change. Fundamentally, it’s about understanding the app need and choosing the cloud that meets that demand.

But there’s more to the app and cloud relationship than deploying them correctly.

Can this be achieved internally within existing development organizations? While theoretically possible, the scale, speed, and capabilities required would confound even the biggest of businesses.

Despite having established that apps are at the heart of business success and enabled by clouds, the question of what’s holding businesses back remains.

I spoke with Salvatore Cassara, CIO at SGB-SMIT, a power transformer manufacturer based in Germany and serving customers in more than 50 countries. He says one of the biggest challenges that businesses face is not just about technology. It’s about having the right people and processes in place, as well. This is “because probably their team structure was not good enough. It was not developed enough in order to bring the right knowledge and attitude to support the cloud,” Cassara said.

Moving to the cloud isn’t simply a case of “lift and shift,” either. Historically, a lot of what we’ve done in IT is to re-platform—to go from mainframes to mini-computers to micro-processors to virtualization, moving everything along. So, it’s unsurprising that many have taken that attitude with cloud, that they need to move from on-premises data center to a cloud, for example. Then, they get hit by surprise costs, such as for increased network traffic, and are only now realizing that going all-in on cloud isn’t necessarily the right thing to do.

If the processes and people Cassara mentioned are not in place, migration won’t get rid of any underlying problems; it will just move them into the cloud.

There’s also the issue that for most businesses there isn’t a silver bullet. When we talk about cloud, we’re actually talking about a whole variety, from running apps on-prem in their data center through software-as-a-service, public clouds, all the way to highly distributed edge clouds. This proliferation brings with it complexity. A VMware study noted that 63% of organizations state inconsistencies between clouds as one of the top multi-cloud challenges.

So, is there a way we can overcome concerns around having the right processes and skills in place about complexity?

Yes. It is all possible through a single platform optimized for all apps that can be used across all clouds, from private to hyperscaler, with consistent infrastructure and operations, thus reducing complexity, risk, and total cost of ownership. Businesses need a fast and simple path to the cloud and the flexibility to choose any cloud. Organizations can match the needs of each app to the optimal cloud with the freedom to use the most powerful cloud services and app modernization.  And to be able to deliver cloud migration as they see fit, rather than having to go all in.

IHS Markit is one company making its business easier thanks to cloud. According to Ben Tanner, director of cloud enablement, cloud has enabled it to “fundamentally transform how we’re running IT. We can get out of our legacy data centers and take all of our workloads to the cloud in a relatively non-disruptive manner. It enables us to consume infrastructure in an incremental fashion rapidly.”

The Cloud Conversation Isn’t About Cloud

Where does that leave us? Where people go wrong is to think in black and white, one or other. The conversation around whether businesses need to be in the cloud shouldn’t be about cloud computing, it should be about the business, focusing on apps and data.

Work out what the roadmap is for your apps. That will then drive the requirements of what your environments, your infrastructure needs to be. That may and, in fact, in most cases, will push you towards cloud. This in turn will then enable you to make sure you're selecting the right cloud and the right cloud services to support the activity that you're driving.