Alexis Ohanian Sr.’s life completely changed over the past two years. The Reddit co-founder and tennis legend Serena Williams got married and celebrated the birth of their daughter. He’s also doing little things like appearing on The Late Show with Stephen Colbert and was one of Esquire’s best-dressed men at the royal wedding of Prince Harry and Meghan Markle. Finally, he left his full-time Reddit role to focus on venture capitalism. As managing partner of early stage venture firm Initialized Capital, he helps transform ideas into the future of tech. In Ohanian’s words, he’s a “proud business dad.”

Ohanian and Initialized Capital partner Gary Tan have many successful startups in their portfolio, including the very recognizable Coinbase, Instacart, Flexport, Patreon and Opendoor. So, what does it take to catch the eye of the man who built one of the internet’s most iconic sites?

“I perk up if I'm getting my world view challenged, if I am surprised and even a little bit uncomfortable, because there is something this founder is telling me that no one else in the world knows. … That's usually where there's a big opportunity,” Ohanian says in an interview for the 20 Questions series.

Where he sees opportunity, Ohanian jumps right in. Why? Because he’s not afraid to fail.

No story like Ohanian’s starts with success at first try. Walt Disney, Thomas Edison, Jeff Bezos — name your favorite business icon and you’ll likely find a multitude of failures before the big win. Ohanian is no exception.

In 2005, he pitched Y Combinator on “My Mobile Menu”—an idea that will sound eerily familiar for us here in 2018. People could order food from restaurants in advance via their phones, skip the line and simply pick it up when they arrived.

“The only problem was it was before smartphones, so you’d have to do it over SMS. It would basically just send it to a fax machine in a restaurant—which was just a terrible idea,” Ohanian says. “Thankfully, they rejected us. And I say thankfully because Jessica Livingston said, ‘We don’t wanna fund this idea, but we do wanna fund you. So, if you come up with something new, we’ll invest.’ And that something new ended up being Reddit.”

Failure and criticism are hard. There’s no denying it. Yet, both are critical to the creative process for us all as entrepreneurs, business leaders, professionals, mentors, colleagues, parents and friends.

“We have an education system that pushes people away from failure. But the reality of entrepreneurship is that it is all about failure. It is consistent failure and finding ways to learn lessons from those failures to make something that actually has an audience and actually has potential,” Ohanian says.

One of Ohanian’s big bets is rapidly gaining an audience: blockchain and cryptocurrency. 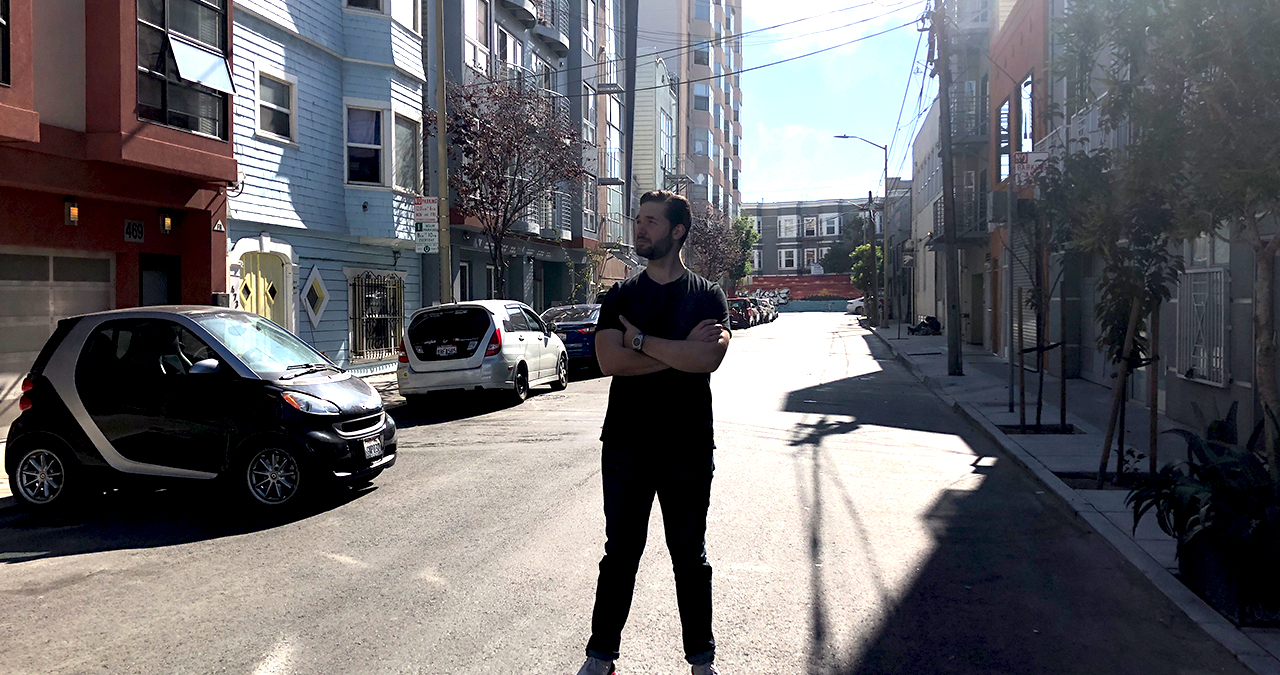 Ohanian doesn't let the fear of failure stand between him and opportunities, like blockchain technology.[/caption]

Blockchain technology tops most tech companies’ R&D priorities. For Ohanian, however, the potential is so much greater than distributed ledgers or supply chains.

“(Blockchain) lets you create this kind of scarce digital good in the same way you would have one in the offline world. What would have taken lots of time and lots of money and lots of lawyers now can be done almost instantly thanks to this software,” Ohanian says.

Coinbase is one of Initialized Capital’s startups. The online marketplace enables you to buy, sell and manage your entire cryptocurrency portfolio, from Bitcoin to Ethereum. Today, that investment makes a ton of sense; cryptocurrency is easily one of the most exciting topics in tech circles. When they initially invested, however, it was a very different world.

“When we first heard the pitch for Coinbase, Bitcoin was still just a toy. It was maybe $3-4 each. And it was still so early that to be willing start a business that’s going to let anyone transfer USD into Bitcoin and store? It was audacious,” Ohanian says.

Ohanian believes this audacious idea could spark a new internet revolution by completely changing the way financial services and banking are done. It could also enable financial empowerment for people in developing nations.

“We have a chance using blockchain to take all the lessons we've learned over the last couple of decades and build a new internet with an infrastructure that, for instance, has cryptocurrency built into it from day one,” Ohanian says. “This may not seem too meaningful for us or in the U.S., but consider how many people all over the world have been left out of participating on the internet in a financial way. There’s a massive generation of humans who will never know walking into a bank, because that entire concept won’t need to exist.”

Prices of cryptocurrencies are in a crypto winter right now. But as Ohanian’s friend Brian Armstrong (CEO of Coinbase) is fond of saying, this is a crypto summer of innovation. The speculators are gone and the people remaining are busy building!

Reddit is known for its upvotes and downvotes. If you get an upvote, you’re a conversational god. Downvote? Get out of here. So, how would Ohanian vote on the topics of women’s tennis? Net neutrality? Anchovies? Watch his 20 Questions interview to find out.

Be sure to visit alexisohanian.com to delve into the mind behind the website that changed the internet. You can also follow him on Instagram @alexisohanian to catch a glimpse of his life, his beautiful family and maybe even Qai Qai. 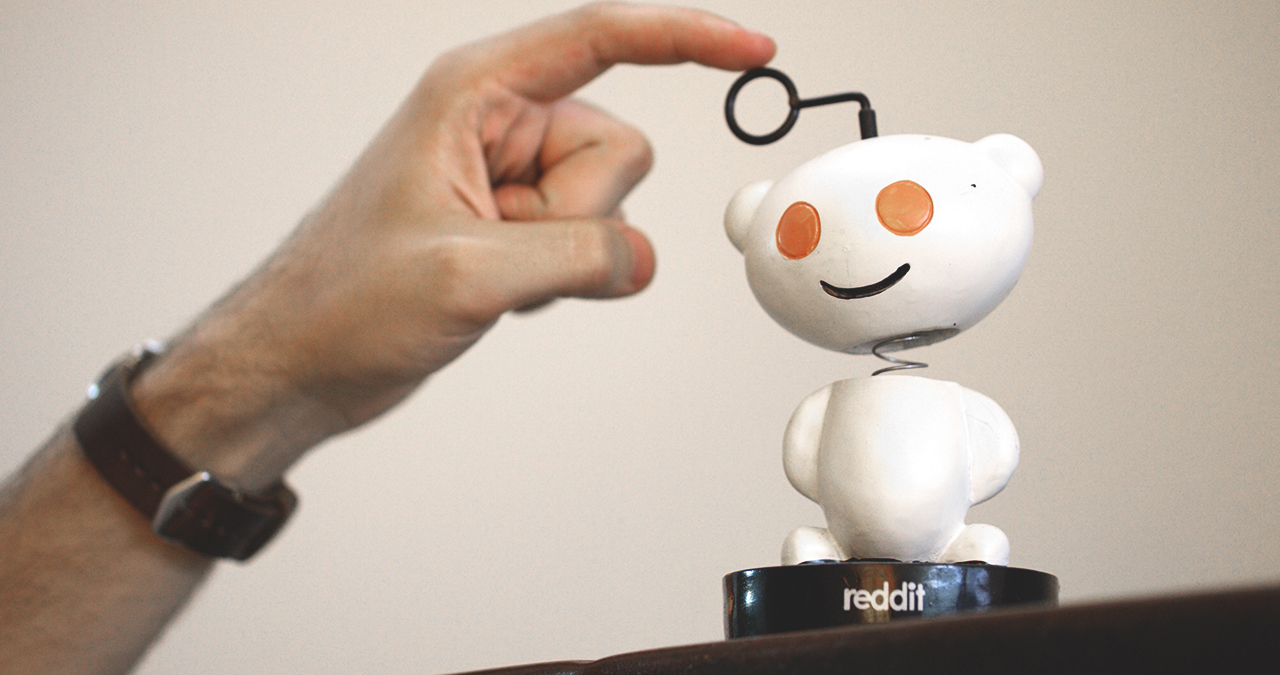 Rejections and lessons from failures led Ohanian to his big break with Reddit.[/caption]