In the fickle world of online gaming, technology has to work—no matter what the market or business throws. Fresh from a fast and furious Brexit-driven data center overhaul, 888 Holdings’ CIO Eran Elbaz knows just what it takes to rise to the challenge. 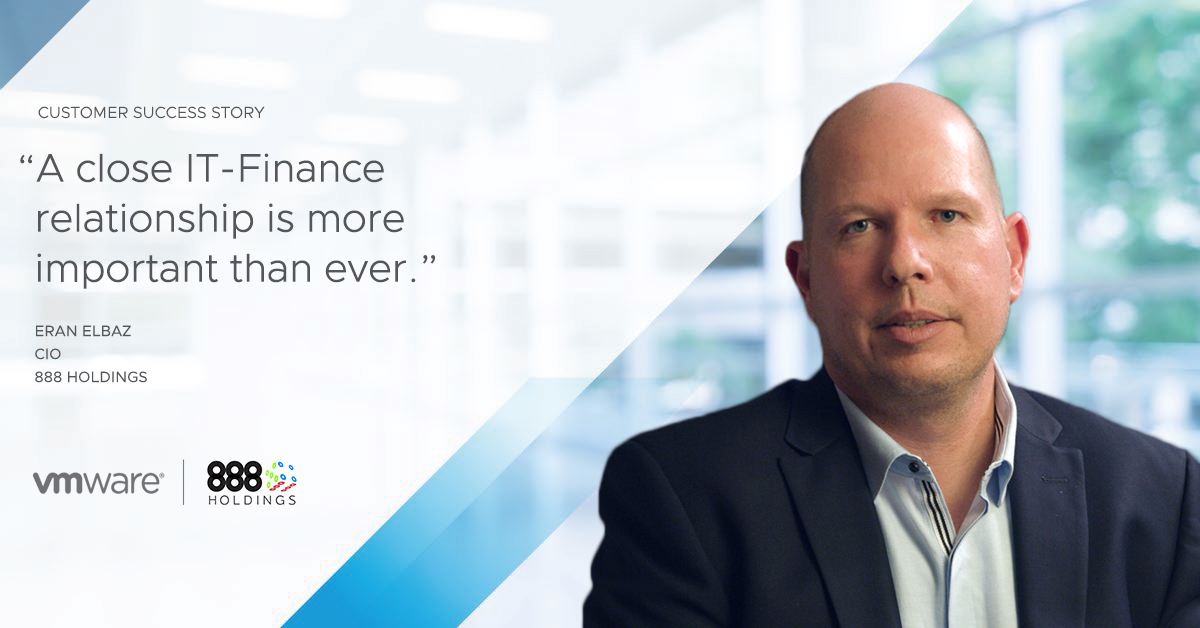 From Operator to Orchestrator

As technology lifecycles shorten and transformation becomes almost continuous, Elbaz believes the job of IT is changing.

“IT is becoming a broker and orchestrator of a huge matrix of services. As technology leaders we need to create an ecosystem for decision-making that helps pick the right path through all the options,” Elbaz says.

Where some may view this shift with apprehension, Elbaz seizes the opportunity with both hands.  “Giving our users the best experience in such a competitive market needs constant attention to technology,” he says. “I’m proud to work with a team that sees the challenge as an opportunity rather than an obstacle.”

Elbaz believes the key is aligning the right people, skills, and culture with the right infrastructure. “I’m a big supporter of hybrid cloud,” says Elbaz. “It keeps all options on the table at a low cost.”

Elbaz put this view into practice when migrating 888’s entire data center to VMware Cloud on AWS, creating a U.K.-based operation ahead of Brexit. “We could have chosen to recreate the existing architecture we knew worked. But we asked: Is that the best decision for the business? We chose to re-architect the whole operation to create a more agile platform. By taking a hybrid approach, we’re ready to move fast on new services without IT cost as a barrier.”

Moving fast and keeping costs low are essential in 888’s fiercely competitive and highly regulated sector.  When it comes to cost, Elbaz believes a close IT-Finance relationship is more important than ever.

“Finance is experiencing digital disruption just as much as IT. We need to learn each other’s language and focus more on moving together,” he says.

“These issues can create frustration between the two teams if we don’t have unified discussion,” says Elbaz. “We have to work together to make sure each side perfectly understands what the other is going to do. Then, economics and execution are in sync.”

Security is one IT investment where budget and operations align. “Technologies, such as machine learning and AI, create a big advantage for the whole organization. They lower costs for IT, marketing, finance, and the rest. But as they get cheaper to consume, they create a cyber issue, because hackers can use the same technology to develop smart malware. That makes security an investment priority for finance as much as for IT and the business.”

Learn from Other Agents of Change