Aggregated data from these top IR firms shows that cooperation among attackers is increasing. That makes it more important than ever for the good guys to fight back.

The majority of today’s cyberattacks now include tactics like lateral movement, island hopping and destructive attacks, according to the November 2019 report. Advanced hacking capabilities and services for sale on the dark web compound the issue, as does an unprecedented collaboration among nation-states, according to the report. 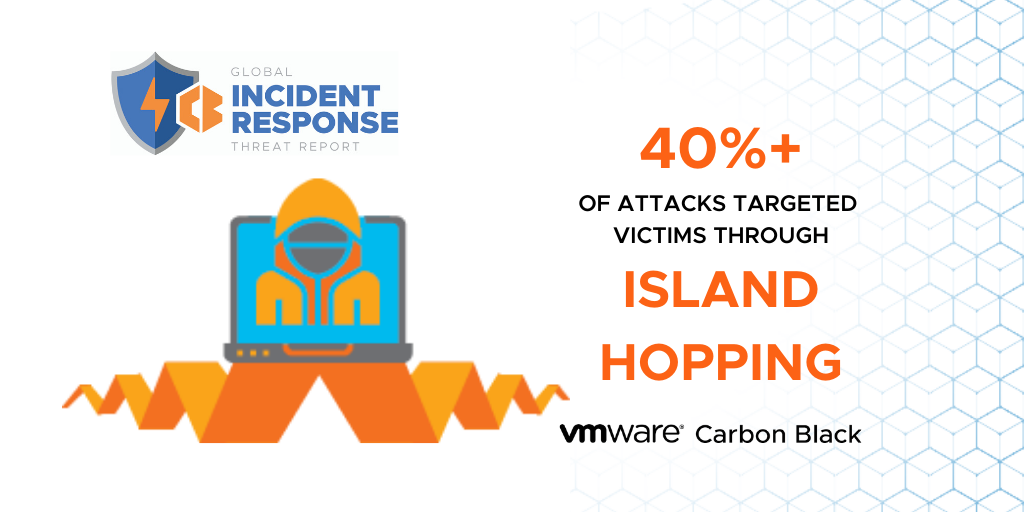 Like lateral movement, island hopping is a significantly intrusive cyberattack.

Island hopping allows cybercriminals to creep into systems at their most vulnerable points. They then hop to higher security sections of the network, the threat report explains.

Kellermann is anxious for enterprises to take note. “The most dangerous part about island hopping is how it’s being used,” he says.

In island hopping, criminals use enterprise infrastructure to attack that enterprise’s constituency. In plain terms, your IT systems begin attacking your customers’ IT systems, and your customers see the attacks as coming from your business.

“We need to change the conversation, because this goes way deeper than preventing data theft,” Kellermann adds. “Brand value and customer loyalty is at stake.”

What Else Should Concern Enterprises?

This most recent GIRTR also highlights the rise in custom malware, which the report defines as “coded with a specific purpose in mind, a sign of more sophisticated and well-financed attacks, as opposed to commodity malware, which is widely available for purchase or for free on the dark web.”

Custom malware was used in 41 percent of attacks, up from 33 percent in Q1 of 2019, according to the report.

“This increase should also worry enterprises because of the pass-along effect. These attackers are like Johnny Appleseed,” says Kellermann.

Kellermann explains why in three steps:
1.  People who build custom attack code sell it on the dark web.
2. Buyers use that purchased code to attack a company with it.
3. Once that happens, the custom code builder (#1 above) can now teleport into the attacked company’s environment because he or she has administrative access to that attack code.

As communities of attackers come together, so, too, must defenders. And that’s exactly what VMware Carbon Black and top IR professionals are doing. They’re “fighting back as a global community with actionable intelligence and holistic strategies to mitigate the ongoing cyber insurgency online.”