Say the word blockchain and people immediately think of cryptocurrency. Although that’s been the most publicized application of the technology, blockchain debuted nearly two decades before. Originally, blockchain was a way to prevent people from tampering with the timestamps of documents.

Since then, it’s been widely accepted that blockchain is fundamentally a coordination mechanism. And that’s a big deal.

In Tom Scanlan’s emerging trends session at VMworld 2019, he used a very practical blockchain example, one that impacts consumers worldwide. And that’s the safety of our food supply.

What do we do when tainted food gets into the supply chain? Traditionally, once an incident is detected, a series of steps happens:

A simplified view of the full manual process looks something like this: 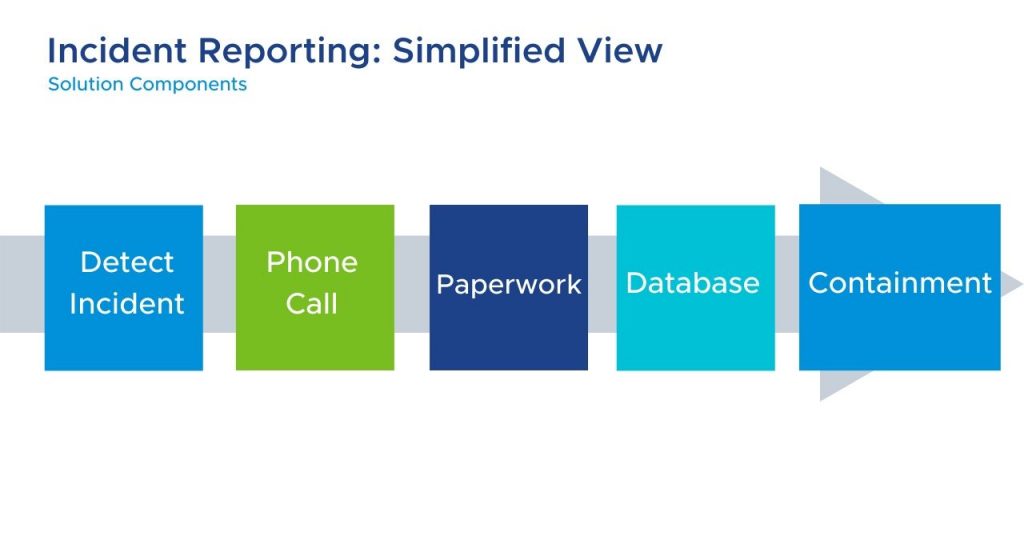 Yet, what happens if the trusted database is corrupted or attacked? What prevents the initial report from being missed?

The answer, says Scanlan, is nothing. The very fact that everyone is working on and trusting a single, centralized database creates challenges, particularly when issues need to be reconciled.

In a blockchain, there’s distribution of trust. No central authority controls the database. Everyone involved collaborates on the chain and interacts with the data in their own way. Changing existing data is very difficult. New data is added only when enough participating members agree that the new data is acceptable. This is the concept of consensus, and it happens as part of the blockchain algorithms. Concensus enables everyone to collaborate together on precise replicas of the same data.

Applying blockchain to food safety would improve transparency. Because all collaborators can see a copy of the data and everyone collaborates on the data, all involved can also act in parallel.

In the case of a recall, as soon as the farmer reports an incident, the government and media would receive the notification at the same time. The reason being that immutable, replicated data that many parties agree on ensures a process worthy of trust.

Because projects often stall between pilot—the consortium formation phase when a union of people who want a better solution is building—and the production phase, it’s important to have the right implementation platform.

Scanlan says VMware now offers a high-level application architecture and code for incident management on github that is architected like this: 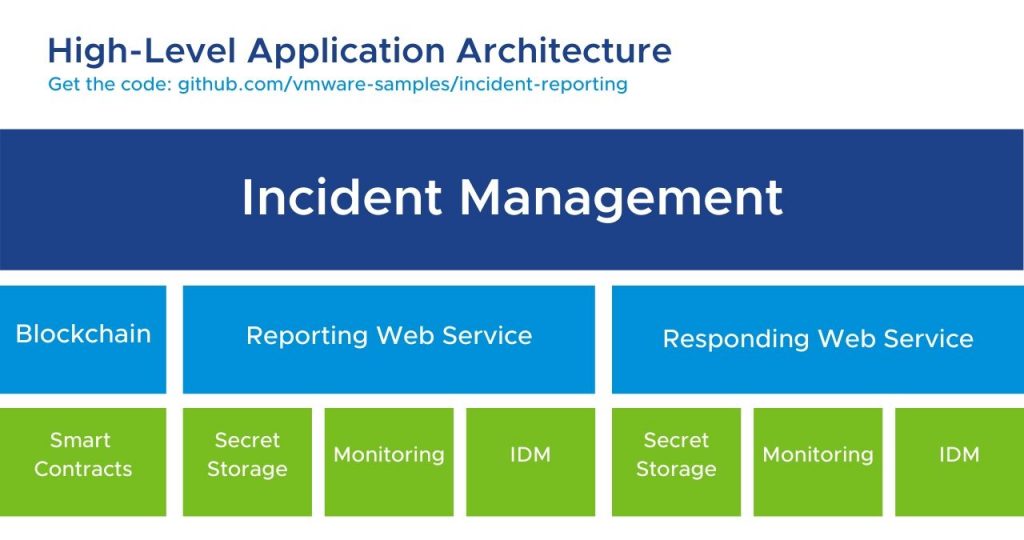 It’s unique in how it works, for example:

As part of the blockchain, the smart contracts (typically written in Solidity) are executable and live in the blockchain. Additionally, data is created in the blockchain. In this case, the data is incident logs and addresses of reporters, messages and timestamps. This public list of actions and functions improve incident reporting.

Without getting into the technical details, the app lives off the blockchain and the smart contracts live on the blockchain along with the data or state of the application.

Visit the OCTO blog to learn more about what VMware is doing with blockchain and other emerging technologies.