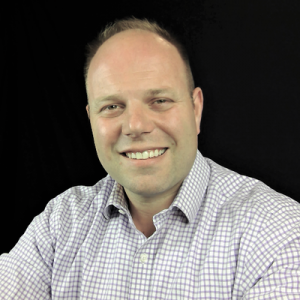 Networking got some serious attention in 2019 with the wide adoption of these capabilities:

As these seemingly disparate technologies mature and coalesce into integrated systems, I think we’ll see digital transformation become more than a buzzword in the next decade. In fact, I believe it will revolutionize the way we work in very practical ways.

Over the last few years, networking vendors released automation platforms to make managing networks easier. But until now, they’ve felt sort of like flowers not ready to bloom. There have been interoperability issues, feature parity issues and even cultural issues as the networking community opined if this was the end of the traditional network engineer.

As we enter 2020, I think we’ve finally reached the point when we’ll see automation blossom into the dominant way to manage networks going forward. Though homegrown automation is still popular in the Reddit threads and blogosphere, watch out for vendors incorporating automation into their platforms—not as just another feature, but as the baseline for how to operate networks.

I believe we’ll see more one-click network deployments for the WAN, campus and data center, similar to how we already see it with the public cloud providers. I don’t think this means the end of the traditional network engineer. But it does mean we’ll see more collaboration between networking and applications teams.

In the coming year, the conversation about whether or not traditional network engineers will be out of a job is going to change, too. We spent 2019 discussing whether engineers need to abandon learning OSPF in favor of learning Python. It took time to flesh out this new paradigm, and I think we’ve finally settled on a conclusion.

Engineers will indeed still need to know the fundamentals of networking, but they’ll need to augment that knowledge with at least a functional understanding of automation tools. I believe this is generally a settled debate, which means this:

2. 5G and Wi-Fi 6 Will Make Their Way into Our Homes and Offices

There will be a 5G versus Wi-Fi 6 battle for home and business use next year. Now, I know this isn’t exactly a trend per say, but it’s nevertheless an important thing to watch for in the coming year.

Cellular providers have an opportunity to make good on their promises to bring 5G right into our homes and offices with personal 5G cellular networks. I realize this was promised a long time ago, and it took years for ISPs to finally coalesce around a common 5G communications language. In 2020, we’ll see ISPs rally behind 5G NR and make a push to move from large-scale connectivity to small scale in our offices and homes.

This could help solve the challenge of having so many wireless devices connected at once—a problem IoT makes worse—by slowing wireless network performance even more. However, Wi-Fi 6 promises to solve the same problem as 5G and has much easier inroads into the market, which is why I’m not sure 5G from large ISPs will win out in the fight over small-scale wireless networking. Pay attention to how ISPs approach this new market niche in 2020.

Why Wi-Fi 6? In the second half of 2019, 802.11ax (better known as Wi-Fi 6) boomed. Networking vendors rushed to release new access points, wireless controllers and marketing initiatives. Now, Wi-Fi 6 infrastructure is ready to go, but devices, such as phones, laptops and other Wi-Fi-capable device chipsets, weren’t there until very recently.

So in 2020, I predict we’ll see the widespread proliferation of Wi-Fi 6-capable devices as computer and cellphone manufacturers move to the new standard. This is a good thing. Because both at home and at the office, Wi-Fi 6 will solve a real problem, and people be happy to take advantage of it, everywhere.

After years of anticipation—and a considerable amount of hype—fifth generation (5G) wireless networks are finally becoming a reality. As an enabling technology, 5G could effect our lives in five key ways.

3. AI and ML Will Lead to Autonomous Networks

Analyzing data with machine learning (ML) algorithms and artificial intelligence (AI) will become the common starting point for many technology. ML can make predictions based on network data. And in the broader sense, AI can take intelligent action based on those predictions.

In 2020, analytics tools built on ML and AI will get better and more powerful. Instead of being yet another management platform no one logs into, they’ll be built right into networking platforms.

That doesn’t mean routers and switches will be doing network analysis for us. Remember we’re also seeing a trend toward completely automated networks managed by some sort of controller. I believe advanced analytics will be baked right into these automation platforms, which will evolve into validation mechanisms and the beginnings of a self-operating network.

I don’t think we’ll see completely autonomous networks in 2020. But I do think we’ll see advanced analytics and automation—major components of intent-based networking—become so common that we’ll discuss self-remediation as the very real next step in software-defined networking.

AI and the Future of Networking

4. The Advent of CloudOps Teams

At this point, I don’t think there’s anyone in IT who hasn’t heard of AWS, Microsoft Azure or the Google Cloud Platform. Public clouds proved to be reliable, scalable and cost-effective alternatives to on-premise resources.

In 2019, we also saw some of these resources come back to on-premise data centers. The industry settled on a hybrid cloud model—blending resources locally and in the cloud. But this design hasn’t been without its hurdles.

A hybrid design has been difficult to support with legacy networking technologies. They’re clunky, missing in simple features and generally pretty limited. But advancements in SD-WAN, containerization and the virtualization of more and more network functions makes the hybrid model much easier to deploy and manage.

For example, with just a few clicks, enterprises can now easily deploy resources in both a local data center and a favorite public cloud with seamless high-quality connectivity. Businesses today can’t wait for individual standalone teams to piece together an awkward tapestry of manual configurations. So in 2020, I believe we’ll see the advent of the CloudOps team—a team of technologists focused on spinning up new resources in public cloud and integrating them with local infrastructure.

Phil Gervasi weighs in the impact of cloud innovation on networking and IT culture.

5. SD-WAN Will Become the Standard

The last two years, 2018 and 2019, saw SD-WAN go from an emerging technology to one of the fastest growing segments of the networking industry. Rather than bleeding edge, in 2020, we’ll see SD-WAN become the standard for how we do wide area networking. It will no longer be an interesting option, relevant for only corner cases and the most technologically progressive organizations. Instead, SD-WAN will become the benchmark for connecting branch offices and public cloud resources.

It took a few years for the biggest networking vendors to integrate acquisitions into their portfolios. But I believe we’re now at the point that vendors, including VMware, have worked out many of the initial challenges of fusing two systems together. Feature parity, interoperability and visibility—all previously major concerns—were addressed head on over the last year. Now, going into 2020, we have solid, tightly integrated SD-WAN options for the smallest to the very largest networks.

Networking got some serious attention in 2019 with the advent of new technologies. In 2020, networking will see these advances make their way into the fabric of digital transformation initiatives. In 2020, we’ll see a focus on people and processes as automation becomes the new normal and CloudOps teams form. Also, we’ll see greater reliance on wireless networking. All of these innovations promise to make for an exciting start to a new decade for IT leaders and their networking teams.