Some say love and technology are made for each other. With today’s 3.0 dating apps, they might be right. In this episode, we explore our modern world’s digital quest for love – in all its forms.

What’s In This Episode: 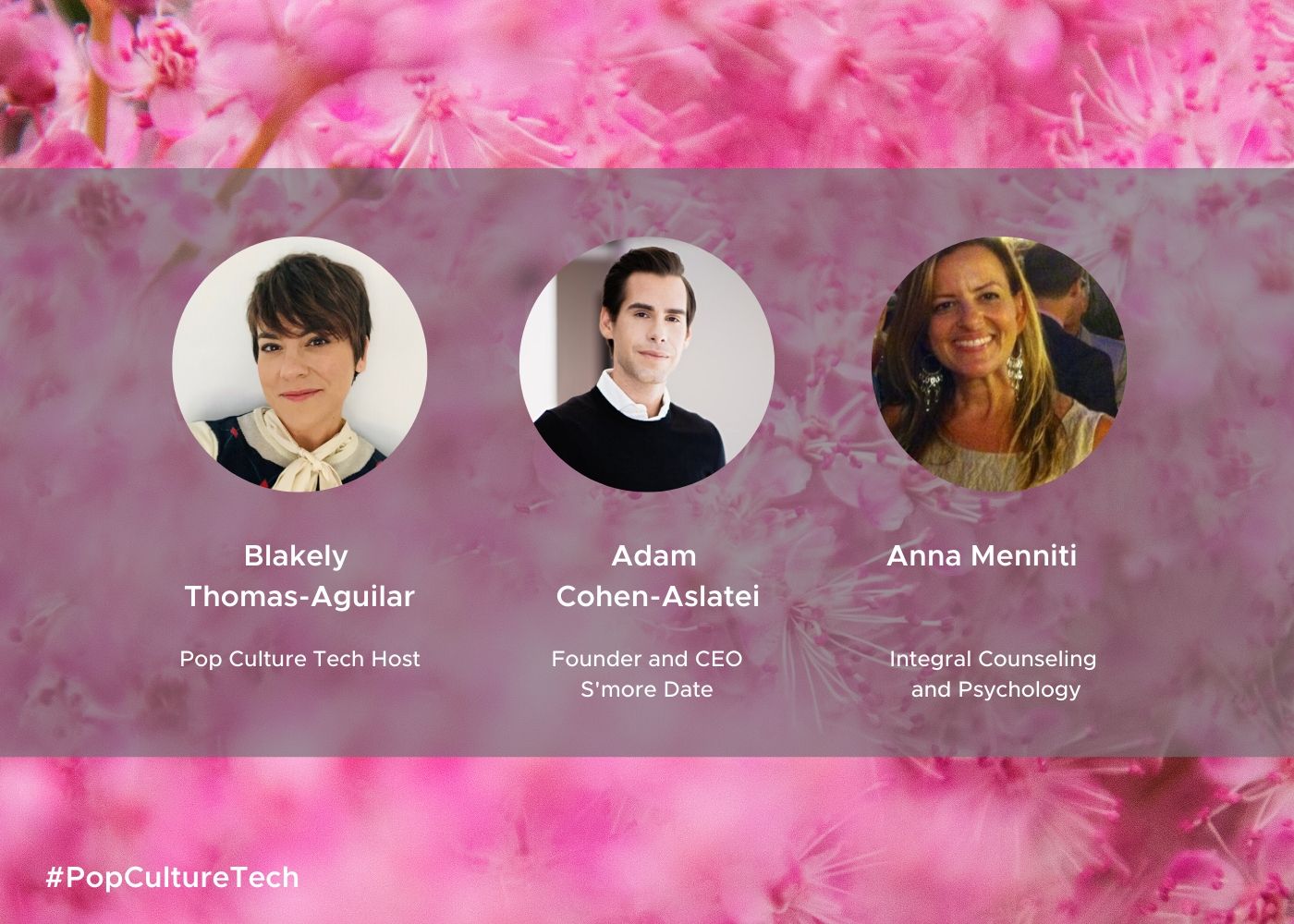 Love Is in the Air App

Some might say love and technology are made for each other.

Personal ads appeared soon after the first printing press made newspapers possible. Even the mainframe was in on the action before mobility. Today, the love-tech connection seems to grow stronger with each digital innovation.

Before the advent of dating apps as we know them, internet “chat rooms were a place for social discovery,” according to Adam Cohen-Aslatei, CEO and founder of S’More Date. “People with common interests would converse and their conversations were often quite vibrant. People were getting married.”

Entrepreneurs noticed. People were already using AOL and Craigslist to exchange things. Why not use the internet to find a partner?

The first dating websites were built for baby boomers to connect with others looking for second-time-around love. They preferred descriptions of themselves (aka: profiles) over uploading photos. Smartphones forever changed that, propelling dating into future generations’ on-demand world.

The global online dating services market is projected to reach 9 billion dollars by 2025.

“The first generation of apps on the iPhone were all based on location,” says Cohen-Aslatei. They became shortcuts to meeting people in close proximity. Newer 2.0 apps were created as brands targeted specific demographics. “Now version 3.0, in 2020,” he says, “is splitting the category in two.” Some are for casual encounters. Others for slow dating.

With only half of the Millennial generation in relationships or married, mindsets are changing. And dating app development is, too, with companies like S’More rewriting the rules.

“The more you engage, interact and chat with someone, the more their photos unblur and their private and visual content unlocks,” Cohen-Aslatei says, explaining his app’s differentiation.

The goal, he explains, is to give people a shot at love by helping them get to know each other before being judged. And this happens by combining connections, algorithms and verifications. At the same time, these digital capabilities also work harder to solve some of the industry’s biggest challenges, from catfishing to inappropriate image sharing.

Dating requires someone to take action, and that’s traditionally been men.

But relationship apps don’t have to just be for love connections. They can facilitate any connection. For example, putting two people together who enjoy the same activities, culture, or foods. Thinking about dating apps in this way may help individuals who never would have crossed paths come together in mutual love of something other than themselves.

Menniti cautions those looking for love online that it’s a search process. And individuals have to take responsibility for themselves. “Time and time again, when I've seen true love, they've really done some hard work on themselves, finding internal acceptance and love.” That, she says, changes the whole view of what people look for outside.

So, whether you’re searching for romantic love or mutual affinity, your best tool may already be in your pocket—a smartphone with a dating app that meets your preferences.