An artist and her robots. A Pulitzer Prize‑winning photojournalist and her immersive exhibition. Listen to what happens when art meets tech.

What’s In This Episode 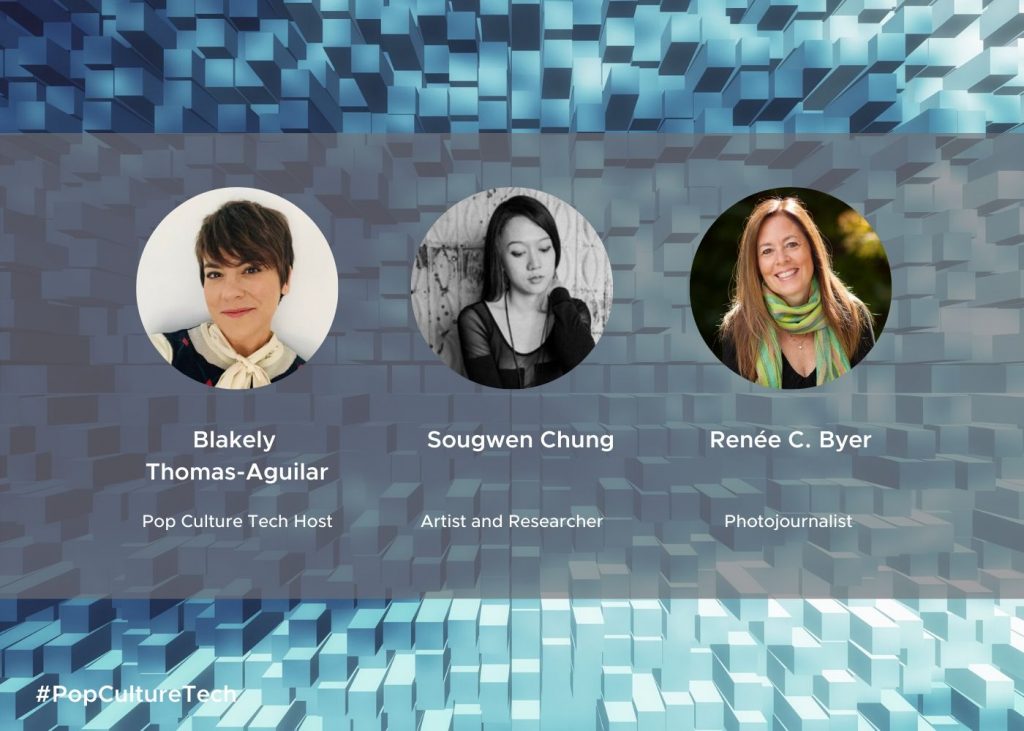 Art is about discovery. It’s honing creative problem-solving and sparking the imagination. Combined with its analytical brethren, technology, it’s freedom to develop, innovate and experiment.

When Sougwen Chung began collaborating with machines, her drawing operations unit—a.k.a. DOUG—changed the potential of her practice. “I learned that there’s a lot of beauty in letting go of control…and [that’s] one of the takeaways from working with machines that I never really expected,” she says.

In the latest incarnation, AI helps transpose moving traffic, “this organic feel of New York City, like the flow of water into a space of a canvas,” Chung says. It was an “a-ha moment.” Something that felt different from anything she’d ever done.

As Chung designs more and more of her own robotic forms, she is starting to see them as art works in and of themselves.

A Catalyst for Change

Her work is focused on social issues that inform the public of important environmental and social issues, a chronicling of events in history or even everyday life.

“For me,” she explains, “It’s all about the human condition and translating other people’s lives through photography so that they can have a deeper understanding and compassion, and maybe, the ability to act and facilitate change.”

Among Byer’s famous works is “Living on a Dollar a Day,” a project that began when the United Nations Millennium Goals were up for review. The internationally acclaimed book and interactive exhibit detail stories of survival in the face of extreme poverty.

When people get emotionally invested in Byer’s photographs, technology helps them make a deeper connection and take immediate action in specific ways. An app enables exhibition visitors to:

“Technology and photography,” she says, “It’s a big game changer.”